25 Years after the fall of the Berlin Wall

It was a shock to discover that yesterday was the 25th anniversary of the fall of the Berlin Wall. It brought back lots of memories because I stopped off to witness it on my way home from Romania. Some of the inspiration for my debut novel TORN draws on experiences I had back then in the winter of 1989-1990. 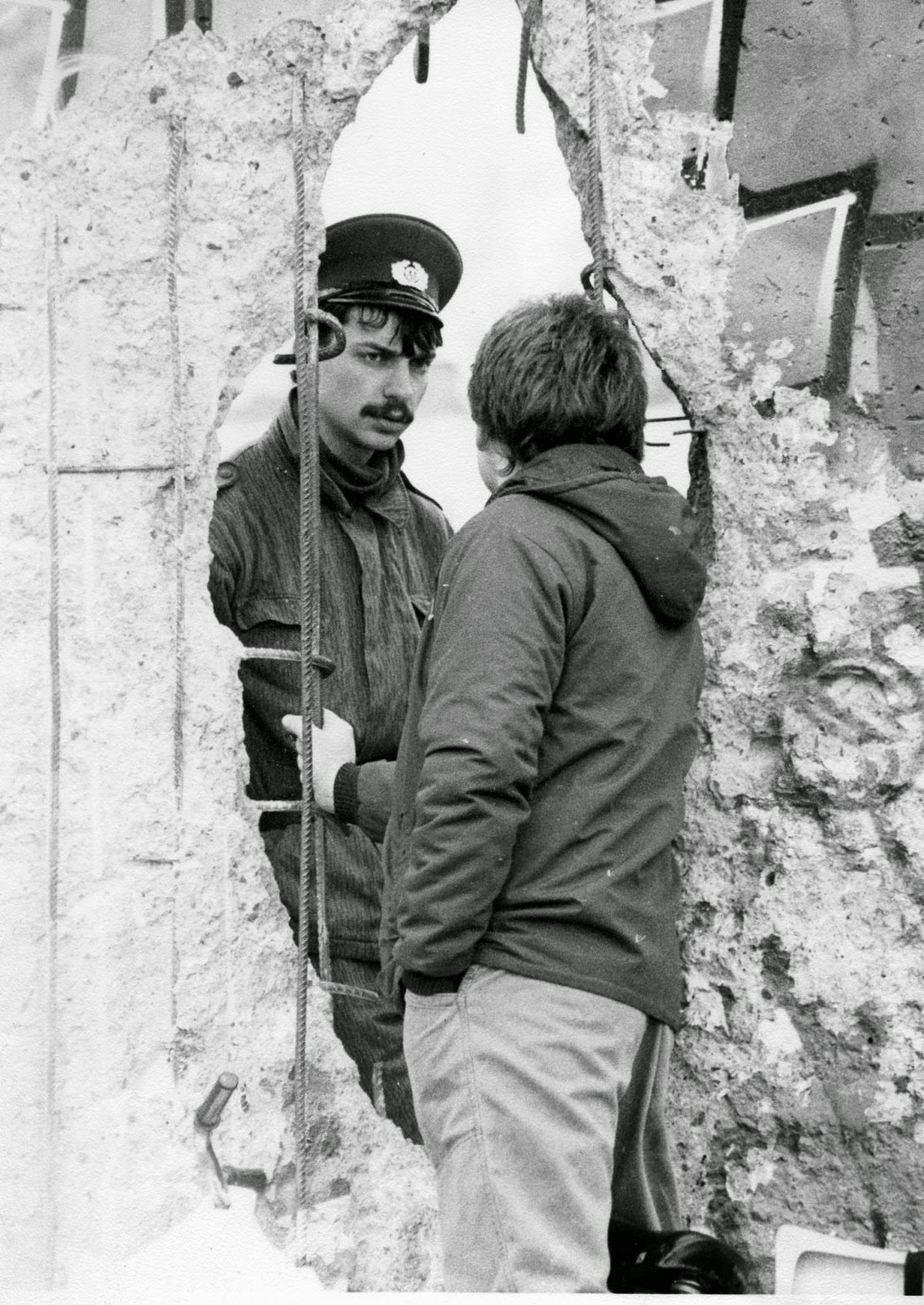 Like this image of an East German guard talking with a young West German lad through a hole in the wall. He was off somewhere on his bike and took the opportunity to do what young people do so well. To build bridges.

I took the photo near Checkpoint Charlie, the scene of many a spy movie... and came away from that trip with a deep sense of how war (even Cold War) separates people in a completely arbitrary way. After all is said and done we are just people with differences that could be resolved with words instead of guns.
Posted by Unknown at 07:01 No comments: